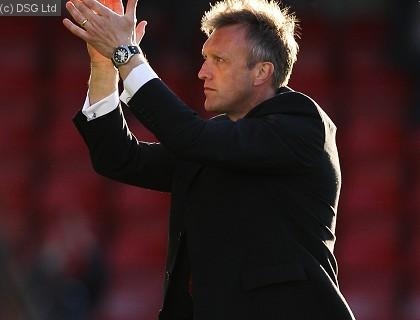 Bradden Inman's late strike stole a 1-0 win for Crewe and left luckless Bury without a win in five games.

The visitors deserved more and could have taken a fifth-minute lead but Troy Hewitt shot over when he beat his man to Matt Doherty's low cross.

Inman was denied when one-on-one with Carson and Pogba missed the rebound while Lauri Dalle Valle fired another chance for the Railwaymen into the side-netting.

Bury's best chance of the first half fell to Tom Hopper who headed David Worrall's pinpoint cross over while Alan Martin had to tip another effort from Worrall over the bar.

Pogba headed a couple of chances off target for the Alex and it took a vital block from Mark Hughes to prevent substitute Byron Moore cutting back for the unmarked Dalla Valle in the six-yard box.

Carson then held onto Luke Murphy's fierce drive while the midfielder dragged another effort wide.

At the other end Martin performed heroics for Crewe, turning Hewitt's goalbound header over before diving low to keep out former Alex midfielder Steven Schumacher.

Bury blew more chances with Hopper heading over again and Hewitt miscuing a volley from 12 yards out before Moore picked out Inman to poke past Carson with three minutes to go.