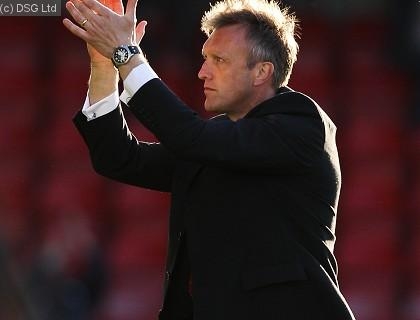 Zola beat Alex goalkeeper Alan Martin to Jordan Chapell's cross to head in his ninth goal of the season with just five minutes on the clock.

Albion defender Damien McCory nodded Byron Moore's cross against his own crossbar when under pressure from Mathias Pogba and Anthony O'Connor denied Lauri Dalla Valle on the rebound.

Pogba then struck a half-volley from 25 yards out which keeper Dean Lyness pushed onto a post.

Jacques Maghoma showed good feet to leave Crewe defender Mark Ellis on his backside only to be denied by the feet of Martin, and the keeper turned Chris Palmer's shot wide as the visitors looked to extend their lead.

But Alex responded. Luke Murphy curled over, Chuks Aneke went close with a 25-yard effort and Dalla Valle saw a low drive deflected wide before Pogba went closes with a fierce snapshot which hit the side-netting.

Home substitute Ryan Colclough headed against the crossbar and then Zola looked to have tripped Ellis in the box as he tried to connect with the rebound but referee Graham Salisbury ignored the appeals for a penalty.

Another former Crewe man Lee Bell cleared the ball off the line in a goalmouth scramble at the death and Dalla Valle headed inches wide as Albion held on.